skip to main | skip to sidebar

I love to see around the corners of our current state and look to where things will lead us in the years to come. Here is a forecast of the future. Please keep in mind that this is a forecast like the weather [a prediction of events based on current data] but not expected to be entirely accurate.

The world will have a billion millionaires by 2025. Globalization and technological innovation are driving this increased prosperity. But challenges to prosperity will also become more acute, such as water shortages that will affect two-thirds of world population by 2025.

The earth is on the verge of a significant extinction event. "The twenty-first century could witness a biodiversity collapse 100 to 1,000 times greater than any previous extinction since the dawn of humanity, according to the World Resources Institute."

Protecting biodiversity in a time of increased resource consumption, overpopulation, and environmental degradation will require continued sacrifice on the part of local, often impoverished communities. Experts contend that incorporating local communities' economic interests into conservation plans will be essential to species protection in the next century.

The extreme growth in the economies of the far east could replace terrorism as the chief foreign-policy concern of the United States. Political Econmic Scenarios seem to be pointing that the US will cease to be a the Wolrd Power and China will take its place. This of course is percieved as a threat on multiple levels by our 'Southern Friends' and I am sure we will see a definite focus shift away from the war on terror.

Counterfeiting of currency will proliferate, driving the move toward a cashless society. Come on now I am sure you have thought about it. Sophisticated new optical scanning technologies could, in the next five years, be an easy opportunity for currency counterfeiters, so societies are increasingly putting aside their privacy fears about going cashless. Meanwhile, cashless technologies are improving, making them far easier and safer to use.

Water will be in the twenty-first century what oil was in the twentieth century. Global fresh water shortages and drought conditions are spreading in both the developed and developing world. In response, the dry state of California is building 13 desalination plants that could provide 10%-20% of the state's water in the next two decades. Desalination will become more mainstream by 2020.

Fashion will go wired as technologies and tastes converge to revolutionize the textile industry. Researchers in smart fabrics and intelligent textiles (SFIT) are working with the fashion industry to bring us color-changing or perfume-emitting jeans, wristwatches that work as digital wallets, and running shoes like the Nike +iPod that watch where you're going (possibly allowing others to do the same). Powering these gizmos remains a key obstacle. But industry watchers estimate that a $400 million market for SFIT is already in place and predict that smart fabrics could revitalize the U.S. and European textile industry.

World population by 2050 may grow larger than previously expected, due in part to healthier, longer-living people. Slower than expected declines of fertility in developing countries and increasing longevity in richer countries are contributing to a higher rate of population growth. As a result, the UN has increased its forecast for global population from 9.1 billion people by 2050 to 9.2 billion.

Rising prices for natural resources could lead to a full-scale rush to develop the Arctic. Not just oil and natural gas, but also the Arctic's supplies of nickel, copper, zinc, coal, freshwater, forests, and of course fish are highly coveted by the global economy. Whether the Arctic states tighten control over these commodities or find equitable and sustainable ways to share them will be a major political challenge in the decades ahead. So those who live up North ... your real estate value is about to go up... but expect to see alot more degredation of the beautiful scapes and northern aurora borealis.

More decisions will be made by nonhuman entities. Electronically enabled teams in networks, robots with artificial intelligence, and other noncarbon life-forms will make financial, health, educational, and even political decisions for us. Reason: Technologies are increasing the complexity of our lives and human workers' competency is not keeping pace well enough to avoid disasters due to human error.
Posted by Markimus at 9:29 AM 46 comments: Links to this post

What is the Bible? 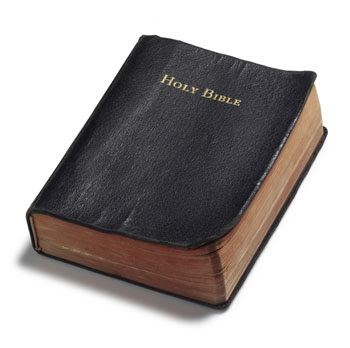 The Bible is not a sort of magical text, supernaturally giving us guaranteed information about everything under the sun. What we call its ‘inspiration’ is its capacity to be the vehicle of the Holy Spirit, making Jesus vividly present to our minds and hearts.

Thoughts?
Posted by Markimus at 2:19 PM 4 comments: Links to this post

God is a DJ

Love this video.
Check it out.

Posted by Markimus at 4:04 PM No comments: Links to this post

Culture and Theology are the Same thing 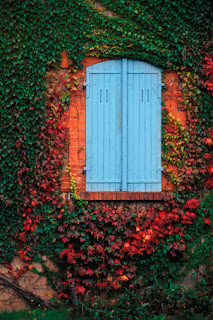 Often times I hear of a tension between cultural relevance and correct theology.

Could the study of Culture and the Study of God be similar?
If we are really honest we will find God at work amidst culture regardless of the efforts of the 'Church' So does the church study systematic theology more in order to educate the world better on things that God is already doing without the 'Church's' help?
The script of culture will have markers that point to Him. The Scriptures help us interpret those cultural markers and say 'this is that'... or this is God at work as an active agent in the world we live in. There are many redemptive metaphors throughout society, biology, arts, culture, law that point to the human recognition that God is amoung us and active. The importance of the Scripture and theology is to study so we can see these sign posts and know what they mean [and I do not mean eschatologically]. But our efforts should be to study both with equal diligence.
If God is at work amoung us and not 'out there' then theology must encompass a wholistic view where culture has markers to find God already built within it. There is really no such thing as a godless person except for those who understand who He is and choose to ignore Him.
Could it be that there is more godlessness in those that 'know Him' [through disobedience] than through those that some would say have no knowledge of him? When we fail to recognize that God is amoung us and still an active agent in all manner of life, culturally, and otherwise [even in places where some would say he is not] we actually propogate a form of godlessness.
Thoughts?
Posted by Markimus at 1:53 PM No comments: Links to this post 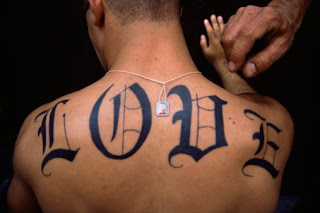 Can I be honest today?

In our engagement with people around us should our focus be on communicating the spirit of Jesus or communicating to them a 'Christian' Worldview? There is a Vaste difference.

I endoevor that my life, my conversations, my expressions of Faith will be about Jesus and not Christianity!

To be honest.... a 'Christian Worldview' is never truly grasped by anyone, but Jesus' spirit can be understood by any person in any stage of life.

To be honest.... A 'Christian Worldveiw' has been what has caused immense harm to cultures and atrocities to people groups around the world for centuries.

To be honest ....a 'Christian Worldview' is about exclusivity, but the spirit of Jesus speaks of a way that is for all.

A 'Christian Worldview' gets involved in political agendas - While the spirit of Jesus is with the poor and oppressed.

A 'Christian Worldview' focuses on proving opposing views wrong - while the spirit of Jesus listens and hears the cry of peoples hearts.

A 'Christian worldview' demands proper behavior and best practice/doctrine - while the spirit of Jesus gives grace for people to grow, and to fail.

The spirit of Jesus is quantum. Even in its smallest, minute expression, He is unstoppable.

Please contribute your comments or musings as well.

Posted by Markimus at 12:19 PM 4 comments: Links to this post

Markimus
Mark loves to see people begin to see the world in new ways and begin to express God through their lives in ways they never thought imaginable. Mark is an entrepeneur who works with a team of people developing emerging technologies and helps organizations find their 'sweet spot'. He lives in Langley with his wife Kim and two boys Ethan and Aidan.